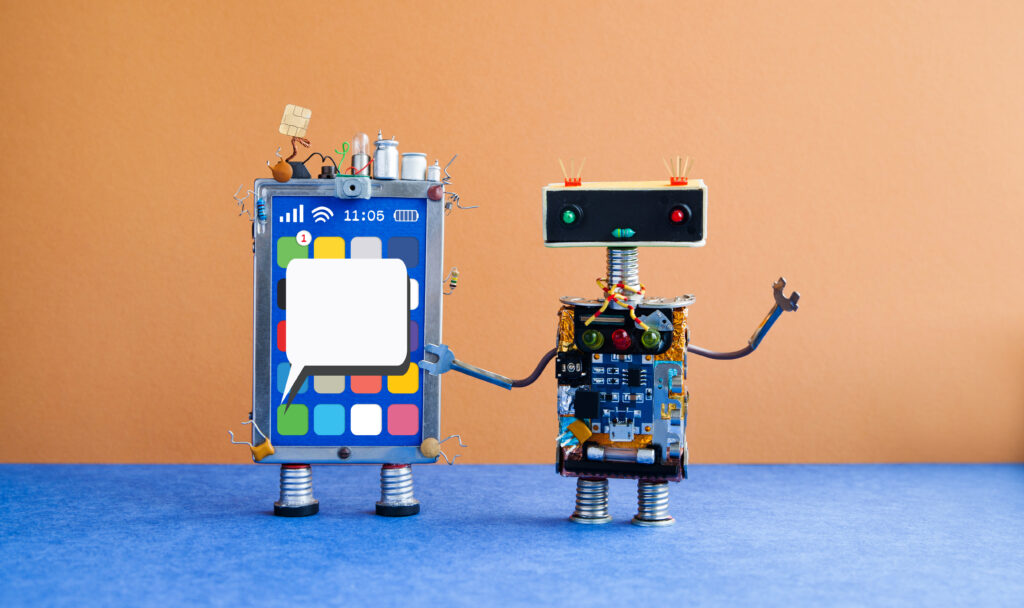 Translation is a skill that can be only obtained through years of hard work and dedication. The best professional translators all over the world take nearly a decade to perfect their skill. To be a successful translator, you need to have a thorough knowledge of a minimum of two languages; the cultures that they represent, as well as their respective pathways of thinking. Only then will you be able to accurately interpret text in one language and then correctly translate it in another. Translators know very well that there is more to a language than word-to-word comprehension. A language comprises of comprehension, knowing its dynamic fluency, as well as nuances such as: allusions, alliterations, puns, and native idioms. All of this explains why translation is a career decision and not merely a one-time act.

How does Machine Translation generally work?

Machine learning translation services typically depend on statistics and probability. There are now several Machine Translation apps and platforms including Bing Translator, Amazon Translate, Microsoft Translator, Siri Translate and more. One of the most well-known examples of Machine Translation is the Google Translate service (abbreviated as GT). It was launched in 2006 by Google Inc. This service utilized the European Parliament’s and United Nations’ official archived documents as sources of linguistic data. The algorithm searched for recurring linguistic patterns within the documents to arrive at the best word-to-word translation. This machine learning service is now capable of translating nearly 100 languages as per their Wikipedia information, while being able to translate 37 languages in image format, 32 in audio, as well as 27 in video format. This can serve as a useful tool if you are in a foreign place and require a quick translation of any instruction or sign. While Google Translate may be one of the most well-known examples, the drawbacks we discuss here are applicable to all Machine Translation apps and platforms.

Why Machine Translation Is Not Ideal for Businesses

So, if you are out travelling and want to understand menus written in a language you do not speak, Machine Translation apps and programs could act as a much-needed help. However, in a situation where you need to accurately translate creative or confidential documents, machine learning translators cannot be relied upon. Translating detailed documents involves understanding little nuances as well as a thorough comprehension of both the languages involved. This is especially necessary if the document in question is a compliance training text, a legal contract, confidential financial reports, medical health reports, drug trial evaluations or global advertising material. In all these scenarios Google Translate or other Machine Translation applications should not be relied upon for the purpose of accurate translation.

If you own a business and require translation services, you might be tempted to use the free Machine Translation services such as those available online to cut down costs. However, you must know that most Machine Translation programs collect all translated data, or any data that is entered onto the platform. This is extremely hazardous for your business especially when crucial and confidential information is being used. Thus, in a bid to save money during translation, you end up doing more harm than good.

Why you should avoid Machine Translations (such as Google Translate) especially for your business:

Machine Translation has come a long way, very rapidly; however, it still has a long way to go. It can be a useful tool within the translation process, so long as trained professional translators review, edit and correct the outputs and suggestions. Without that human element unique subtleties and context can simply not be captured. Algorithms cannot be taught humor or emotion so they cannot be expected to find the best equivalents to express sentiments and emotions.

So, until machine learning and artificial intelligence begin to understand and manage human emotions and feelings, we highly recommend you use professional translators, any time you need a message to be translated correctly. In today’s viral trend heavy world, businesses cannot afford to have content fall flat, or worse.

If you work in international markets and want to ensure your messaging gets translated in a culturally appropriate way, and that your agreements and contracts are accurate, you need professional translation services like those offered by TNOLA Languages. Contact us today so we can help you create communities through communication.

Why You Should Not Use Machine Translation for Legal Documents

Some of the reasons why Machine Translation does not work with legal documents:

Legal translation tends to be one of the most specialized offshoots of professional translation. It requires acquaintance with legal vocabulary and terminology, concepts, as well as the minutiae of all legal systems involved. Furthermore, it takes extensive and meticulous research to find the legal equivalents of terms between two languages or more, which Machine Translation simply fails to come up with.

For example, Google Translate will turn “information”- the English word- into the Spanish equivalent of “information”. That approach may work for general translation of the word from English into Spanish. However, in case of the term referring to a document known as “a bill of information” (which means a charging document that is not presented to the grand jury and has been issued by the prosecuting authority, as opposed to an indictment), Machine Translation will simply not catch the nuance.

Machine translation only serves to obtain a simple gist of a text in low level of complexity. Legal translation, on the other hand, is an extremely technical job meant only for a legal translator to handle.

Legal translation requires dedicated training and practice to specialize in. Additionally, there is often significant differences in legal systems and their accompanying terminology between countries despite the “same” base language. For example, the judicial systems in Mexico, Puerto Rico, and Bolivia are all quite different, and knowledge of terminology used by one, does not equal comprehensive understanding of another. Our professional legal translators hold extensive knowledge of the world’s legal concepts and systems. Wherever appropriate and applicable, we use translators certified by legal organizations, government entities or courts.

We provide certified legal translations for purposes of official use for lawyers, courts, educational institutions, and government agencies.

We understand and respect the confidentiality of all legal documents. Our professional translators comply with TNOLA Languages’ strict client confidentiality terms and agreements.

Below are some of the examples of the different types of legal translation services that we offer:

Machine Translation Does Not Work for Healthcare Settings Either

Just as much as Machine Translation fails in legal and business settings; it is extremely inappropriate for use in healthcare environments. This time however, the price of mistranslation costs human life, and is hence not something to be careless about. In fact, the issue is so grave that the Massachusetts Institute of Technology published a Clinical Translation Advisory in July 2016. This was meant to warn medical practitioners of the hazards of reliance on Machine Translation, like Google Translate, for understanding those patients who speak a language different from what the practitioner was proficient in.

The Quality and Patient Safety Division (QPSD) of the Massachusetts Institute of Technology had received a Safety and Quality Review (SQR) report dealing with poor translation of clinical written materials for patients who had limited English proficiency (LEP). The Review stated that Google Translate could potentially provide nonsensical or erroneous translations leading to patient misunderstandings at best and patient health safety compromise at worst.

The Advisory meant to support healthcare facilities for development of accurate translation approaches for usage in outpatient and inpatient settings.

Some of the examples of translation errors found in medical phrases by Google Translate were (in to-and-from translations involving multiple languages):

The Review also revealed that the number of patients with limited knowledge of the English language and its proficiency made up a considerable share of patients in Emergency Departments and acute care facilities. As of 2014, nearly 8.9% of the population in Massachusetts reported English not being their primary language. English proficiency happens to be lower among the elderly. Even patients who appeared to communicate well in English were unable to comprehend critical medical information, articulate acute concerns, and ask accurate questions.

MIT’s example is just one case in point of routine medical mistranslation hazards.

The bigger picture is that the medical field is the most important field in the world. Medical researchers work hard to discover ways for curing debilitating illnesses by routinely inventing drugs and other medical devices.

However, not all research findings are reported in a particular language. Medical breakthroughs happen in different countries around the globe. These breakthroughs are proportional to the region’s investment in medical and healthcare research and development.

Every person, regardless of where they live, should be privy to all the latest medical research information; and not just doctors, healthcare researchers, medical practitioners or an elite section of the public interested in the field. This is where the benefits of medical translation become important. Only professional medical translators proficient enough in this specialization can provide accurate translations of all medical terms.

Medical translation pertains to a number of specialized areas in the medical field, such as: description of pharmaceutical products, information for certain medical devices used, for example, in knee and hip replacements, research findings, patient medical reports and notes.

TNOLA Languages’ medical translators have years’ worth of expertise to be able to translate complex terminology in different languages pertinent to biochemistry, pharmacology, microbiology, and other allied fields. Reach out to us today to overcome the language barriers you face.